Citizens: The Missing Part of the Democracy Puzzle

Many times, we describe democracy as a process entailing what political parties do to/against each other especially during an election. We have thus in most instances reduced democracy to free and fair elections. Rarely do we spend time looking at what citizens do with each other. In other words, our understanding of democracy has not been enriched by the everyday experiences of citizens in terms of how they negotiate with powerholders, how they interact amongst themselves to resolve public problems they face. In the process, we have or risk overlooking the real power of citizens- to many of us their main responsibility is to register to vote and come election day cast their vote and before I forget mobilize them to attend rallies where political parties sell their agendas (in our case force their agendas down the citizens’ throats). If this be the definition of democracy, then I personally do not want any part of it and I am sure I am not the only one. There should be a better deal- yes, the liberation struggle was about universal suffrage but that was a hook to describe a broader context where citizens are free to engage in their various political pursuits. Students of politics surely understand that the pursuit of political goals such as participation in national issues cannot only be confined to the pursuit of political office but include other issues such as resolving immediate public problems together with others without necessarily seeking political office.

Recently citizens have come under attack as apathetic because of their lukewarm participation in demonstrations to do with electoral reforms. Gladiators in the political parties’ space need to understand that their failure to secure ‘crowds’ does not (i) necessarily delegitimize their agenda but maybe that is not a top priority for citizens and more importantly (ii) citizens also have their own pedagogy especially where electoral politics is concerned. Instead we need to understand/map the different ways in which citizens are responding to the socio-economic and political challenges of the day. A deep understanding of citizens’ responses will help many who seek to recruit them into their political agendas to create a more organic connection between citizens’ interests and their political party’s position. I am yet to come across a political party carrying out an opinion survey on the interests/needs of citizens-there is an assumption that the matter is very clear, but is it really? Do political party elites across the divide understand what citizens want?

The failure of the ‘independence project’ to deliver on national development, especially on efficiency, equity and freedom, yielding instead monopolization of property and concentration of power in the hands of a small elite, led to the questioning of the role of the state in promoting equitable development. Citizens across the country responded to this failure by mobilizing into organic associative activities and relationships. The associative activities take the form of popular local organisations, and their proliferation is based on the real needs, interests and knowledge of the people involved. These flourish, in any environment, even in areas that do not encourage independent association. There is a wide range of associational forms that citizens establish ranging from, including savings and loans societies, self-help organisations, multi-purpose cooperatives, occupational groupings, unions and, since the 1960s, NGOs. The leadership in these groups originates from amongst the concerned communities.

Citizens are actively engaged in the public space pursuing a variety of goals ranging from improved socio-economic opportunities, negotiating power and governance frameworks, resolving welfare and collaboration in times of local crises. Zimbabweans like many other Africans are very associational in nature and it is through these voluntary platforms that they seek to address issues to do with their wellbeing. An average Zimbabwean family belongs to a church, a residents’ association, a welfare/solidarity focused association such as a burial society and for others even a savings society. We have also observed a similar tendency in the rural areas-in many communities production and accumulation are actually organized within these voluntary formations.  One may argue that these surely are purely social and have nothing to do with politics.  It would be equally a barren methodology that fails to appreciate the significance and the clues these formations provide to understanding how social organisation affects democracy. Besides, where two or three are gathered in Zimbabwe you can be assured that politics is discussed-isn’t it then prudent to seek to influence the discourse within these formations.

The associational platforms have contributed towards broadening participation by nurturing democratic practice within and outside the specific associations. Many of the youthful leaders within political partiescame from students 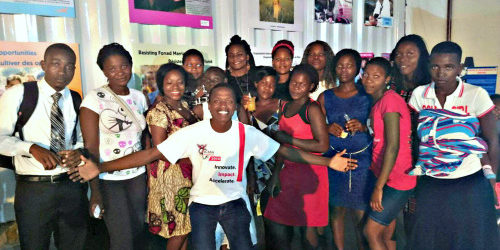 associations such as ZINASU. In the rural areas local associations have managed to shift the locus of rural power from traditional structures (headmen and chiefs) in terms of organising communities for farm production and relations of exchange. They have also contributed to pluralising social organisation beyond the official structures of power. Life in its entirety inclusive of birth, production, consumption, accumulation and even death is not necessarily organized according to the logic of the state apparatus or the market but instead through these informal associations. Only when political parties decide that it is part of their business to learn about what citizens do with each other will we have a comprehensive governance compact. In the next blog article we will look at actual case studies of these associations.